A Rare Example, Withering Away

You might take my title of this post as a bit flippant, or you might think it’s the actual name of the house. In reality, I mean it as a literal description because the building looks like it is ready to fall down…like a house of cards. I find no humor in this. Rather, it distresses me greatly that such a unique and intriguing example of early 19th century American architecture is being allowed to decay to the point of utter ruin. It’s so savable, even rebuildable, and that’s what is so disconcerting. An architect friend who passes by it on his way to work told me that, indeed, plans could be drawn up if he were able to make the measurements. That would be a dream of mine, to have this house rebuilt from such plans.

I recently revisited this house again last weekend and found it in an even more ruinous state. But it makes for great photography and so I made some new pictures. These turned out very nicely with the golden late afternoon sunlight and changing-weather sky, which gave it a more dramatic look.

Severe In Style, Compromising in The Blend

My architect friend told me quite bit about this house from an architectural perspective, not long after I made the first picture of it. He told me that it has Greek architectural features, most notably the front-facing pediment and the band just under the roof cornice with the small attic windows. The windows are repeated on both sides, but not the front. He also said that the protruding side wings (one on each side) are unusual for a house in this area. He said he had only seen it in New England houses. I thought that was an interesting observation.

Also, the porch was a later addition. The house likely didn’t have one at all originally, owing largely to its  Colonial-Greek style elements. Many houses didn’t have porches until mid-century and Italianate wrap-around porches came into vogue in the later decades of the 19th century. Like many houses of this era style updates were added on. As such, it is a masterful blending of styles, something I have seen in my other subjects. Unfortunately, not much is left of this house’s porch at this juncture.

A Townhouse Built for The Country

Finally, the architect said that the house is a country adaptation of a townhouse. Perhaps it was built by a ‘gentleman’ farmer; many country lawyers and other professionals built fine houses in “the country,” where they owned farms and had them run by farm hands. There are many such fine remnants in the state, and they were once connected by railroads to the provincial downtown centers of New Jersey and New York City. Many of these railroad right-of-ways still exist in one form or another. The House of Cards, in fact, has a railroad depot and station right across the road—Ringoes Station.

These houses were built by a generation of people with values very different from ours and their tastes are reflected in the structures they built.

Personally, one of the aspects of the house I love most is the severity of the front fenestration (arrangement of the windows) and side of the house from the top picture’s perspective. The rather large area devoid of any openings or decoration right above the front 3-bay-across windows and the complete lack of openings on the main bulk of the house on the side elevation gives the house a classically severe look. Rigidly restrained in style, taste and manner, it is simple, plain, austere. Combined with the weather-beaten clapboard, now turned gray, it has the appearance of one of Andrew Wyeth’s farmhouses. These houses were built by a generation of people with values very different from ours and their tastes are reflected in the structures they built.

I only hope that this house can be saved. It would be a shame to lose such unique example. But time is short. As I always say, once it’s gone, it’s gone for good.

To see my fine art and commercial photography please visit my website at:

James T. Callahan is a commercial and fine art photographer based in Hillsborough, New Jersey. His specializations are in product, industrial and architecture. His fine art work takes a poetic look at the American Landscape through 19th Century architecture, historic and abandoned railroads and the American Small Town. You can see his work on his website at www.jamestcallahanphotographer.com, and on Instagram at www.instagram.com/jamestcallahan/. View all posts by jamestcallahan 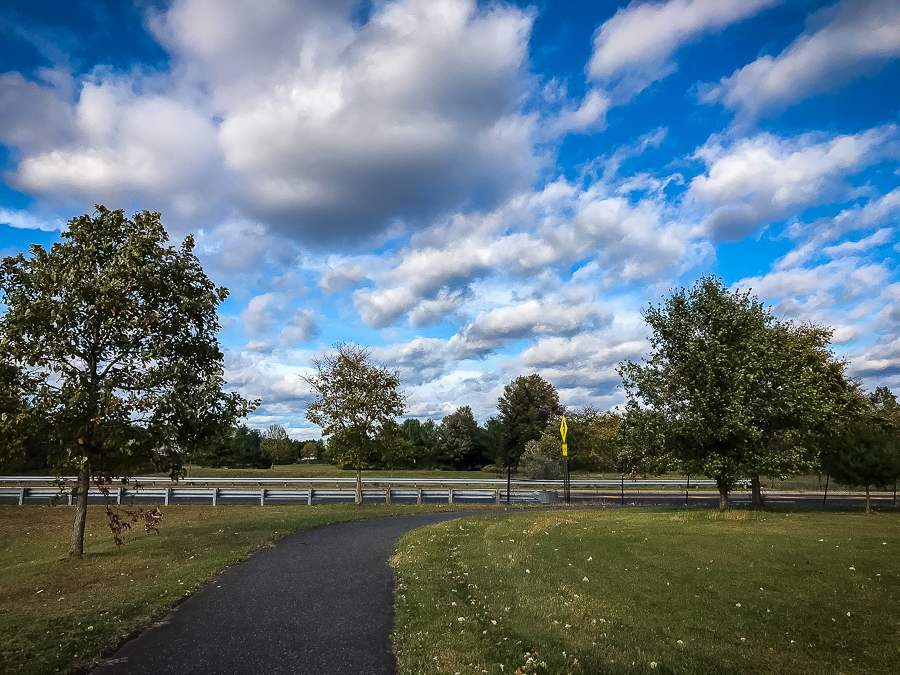 The Millstone Branch Railroad – Remnant of a Lost Era

Decay And Ruin As Process vs. Romantic Symbol

See a full listing of my posts by date